Film on the Farm

Film on the Farm

After weeks of anticipation and preparation, the day finally arrived for the Film on the Farm event on July 14th!  The day kicked off for us with an afternoon of preparation – farm and employee vehicles had to be moved to make room for visitors, tables needed to be set up, AV equipment needed to be tested, and wagons put together for tours. 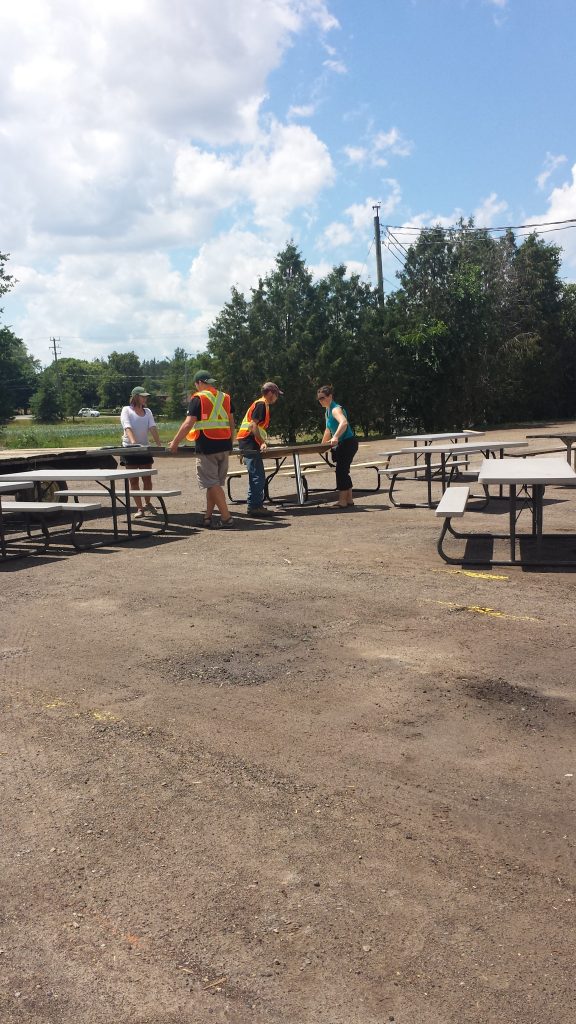 Teamwork! Getting tables ready for the eating area. 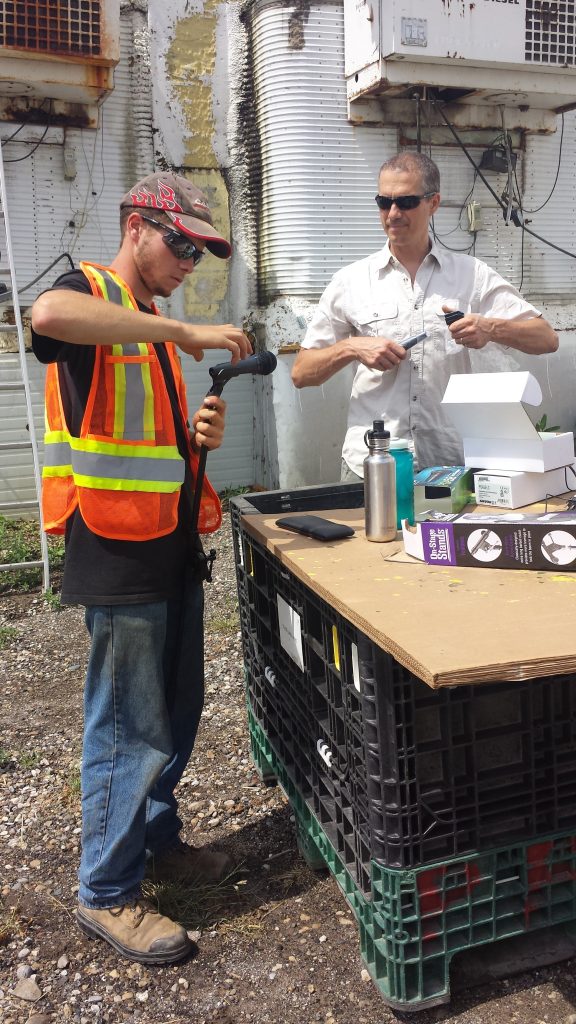 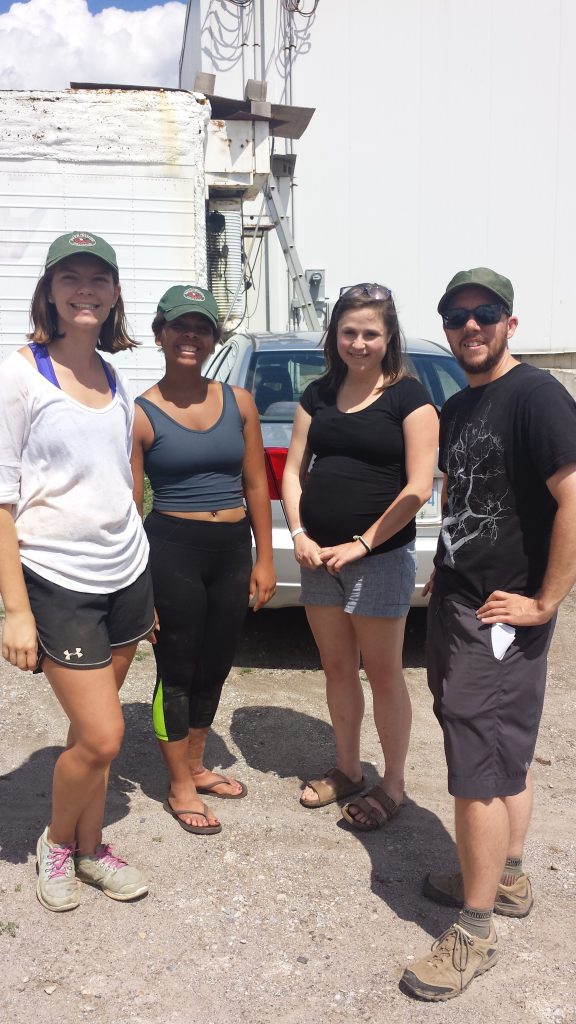 Becky, Junie, Celia and Vince – just a small sample of the group helping out!

Our first tour was for Bryan May (MP for Cambridge).  Fortunately, the sun was still shining while he was here! 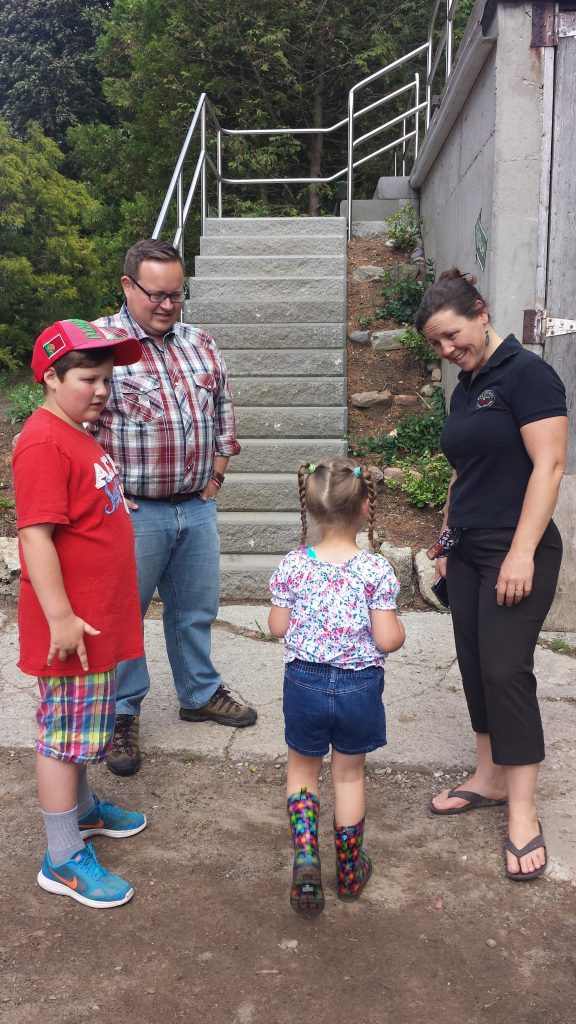 Bryan May and family visiting the farm.

Evening tours began on time, but the first one had quite a rainy adventure!  A heavy downpour took us by surprise.  A tarp went up on the wagon as they went on their way – that’s an experience that won’t be quickly forgotten.  The next tours were delayed a bit until the rain let up, and so were more comfortable for the next people in line.  The rest of us enjoyed food, music and company from the shelter of the big red barn. 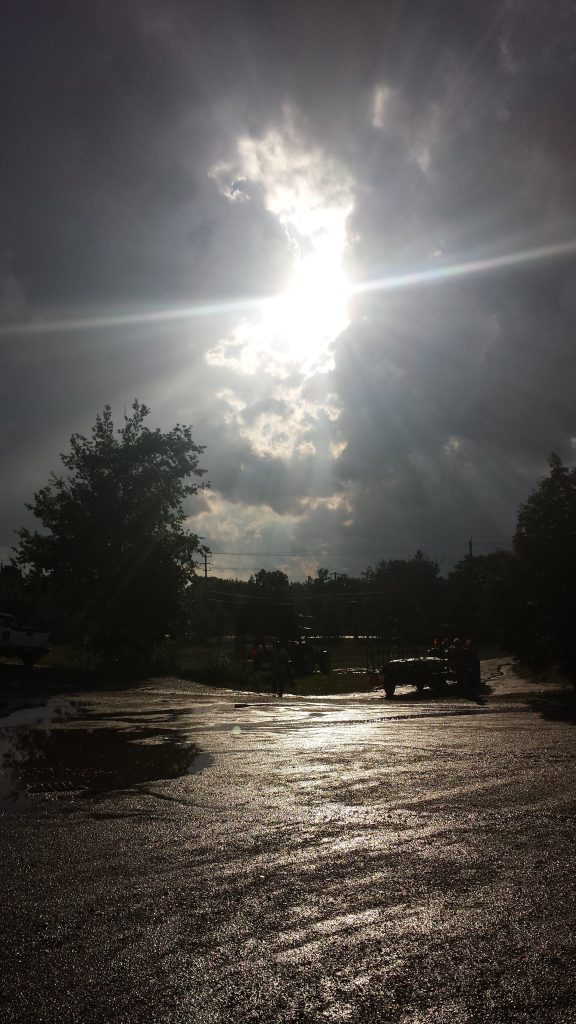 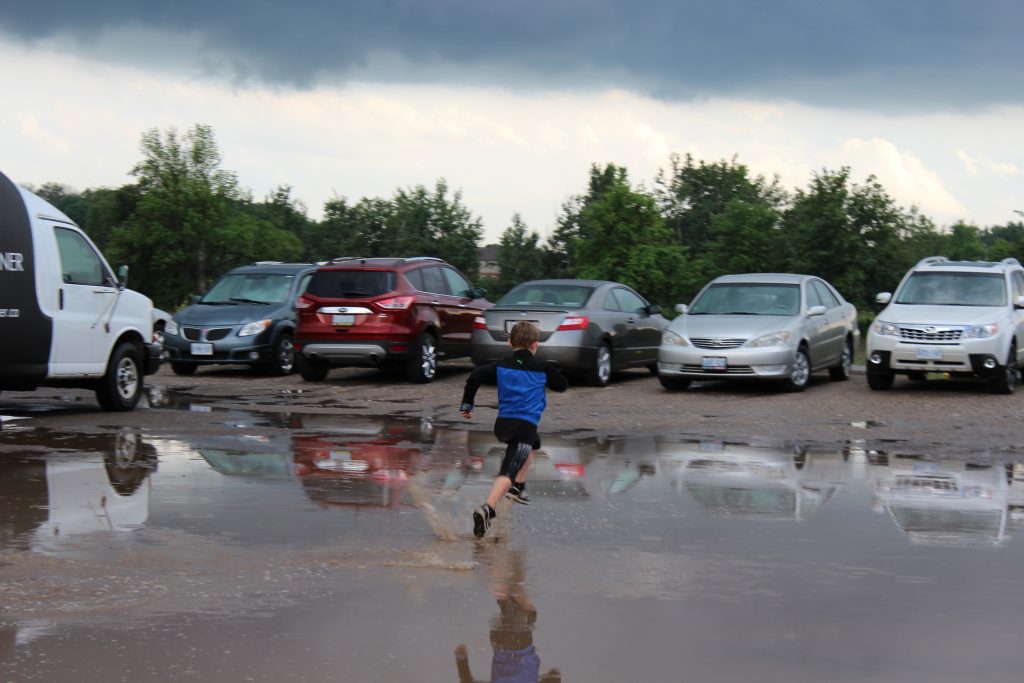 Parking lot temporarily flooded in a heavy downpour. Most of us huddled in the barn, but not this kid – great reminder that there is joy in all situations! 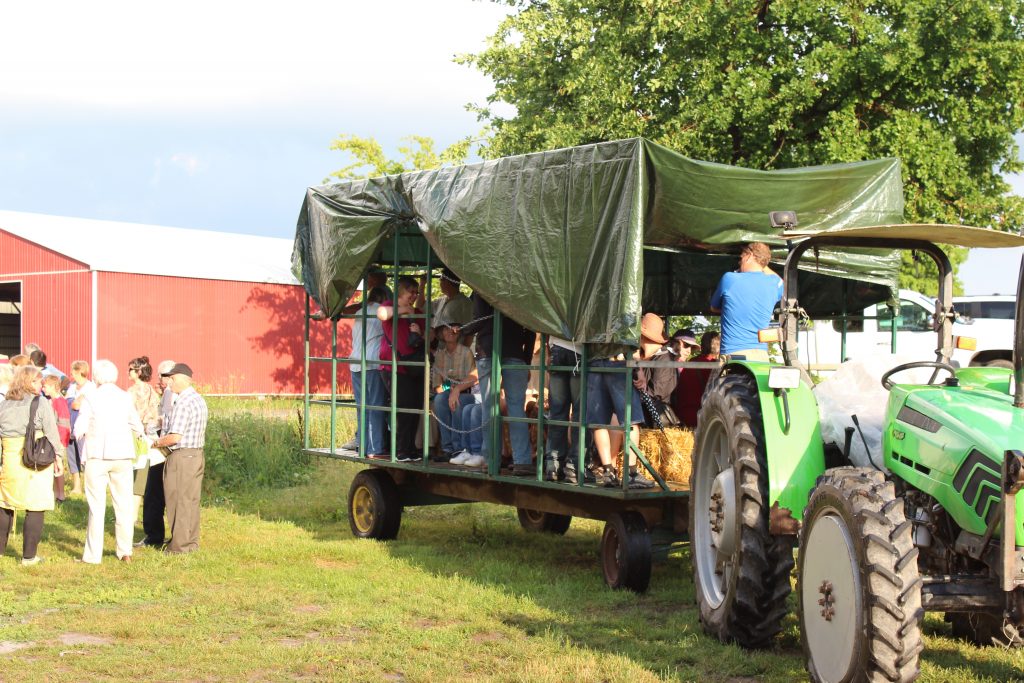 Ready for a farm tour! 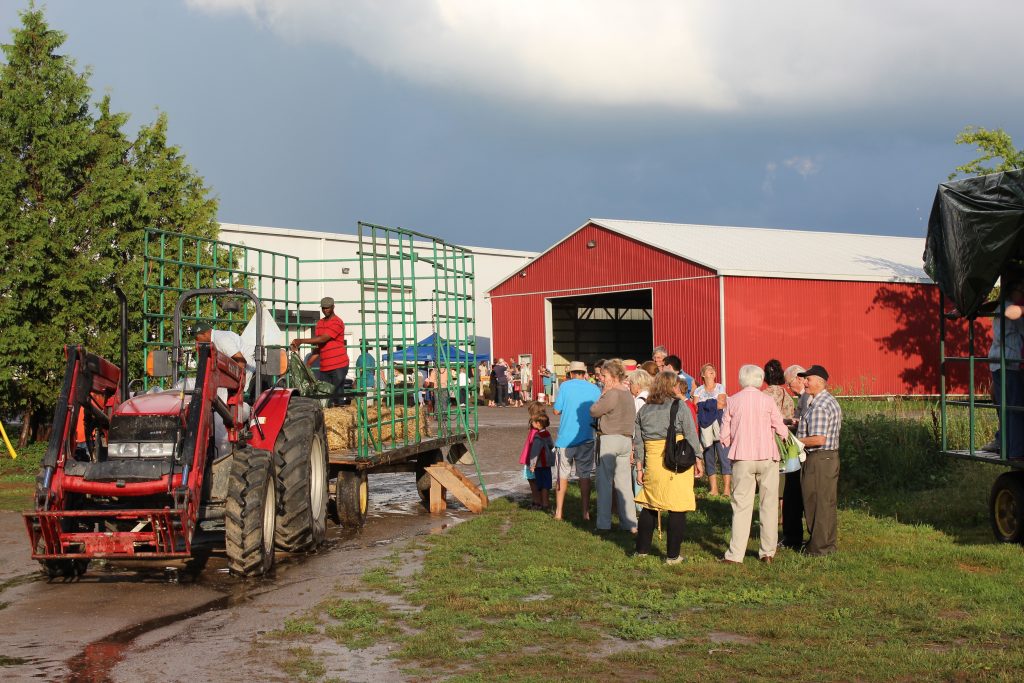 Food was set up and ready just in time for the people who started arriving promptly at 6pm.  And it was all delicious – The Lancaster Smokehouse served up jerk chicken, pulled pork on a bun and tempeh stew, and Meme’s Cafe offered quinoa salad, galia melon soup and a green salad.  Nature’s Way Popcorn was available, perfect for snacking during a movie.  And Live Kombucha was available in 4 flavours to enjoy all evening. Much gratitude to those who graciously donated ingredients for these wonderful creations – Henry’s Tempeh, Zettel Family Farm, Laepple Organic Farm, and Ontario Natural Food Co-op.

All money raised from food purchases was donated to Justicia, an activist group who advocates for the rights of migrant workers. 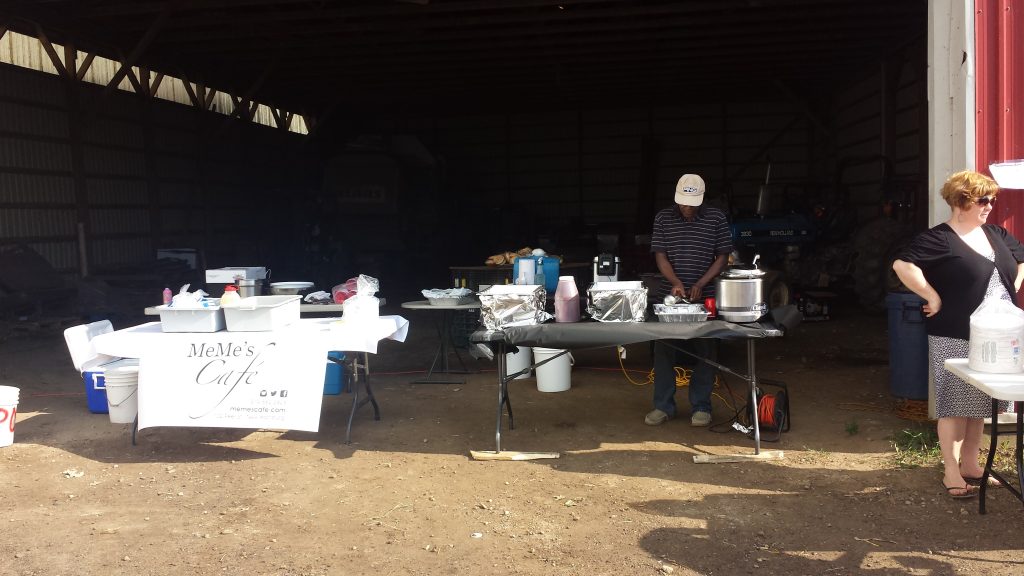 Too bad you can’t smell a photo or this would be a favourite! 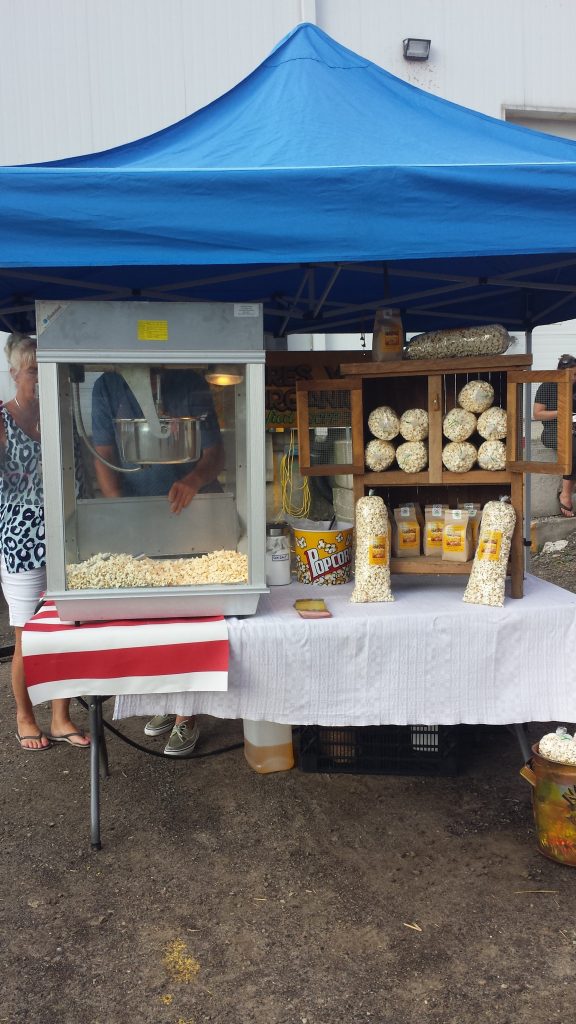 Harold Albrecht  (MP Kitchener-Conestoga) and Les Armstrong (Mayor of Wilmot Township) opened the talks with words of appreciation for the farm and the wonderful community we are privileged to live in.  Our first guest speaker was Janet McLaughlin (from Justicia), who did a fantastic job filling in last minute for Chris Ramsaroop (also from Justicia) who was unable to attend.  The Temporary Foreign Migrant Worker Program was discussed, the Seasonal Agricultural Worker Program branch of it in particular.  Lincoln Thompson, a seasonal worker from Jamaica working here on Pfenning’s farm, spoke about some concerns within the program based on his own experiences, as well as those of his colleagues.  Jermaine Morrison, a former seasonal worker also from Jamaica and his wife Sara also spoke about concerns that were raised from their own personal experiences. 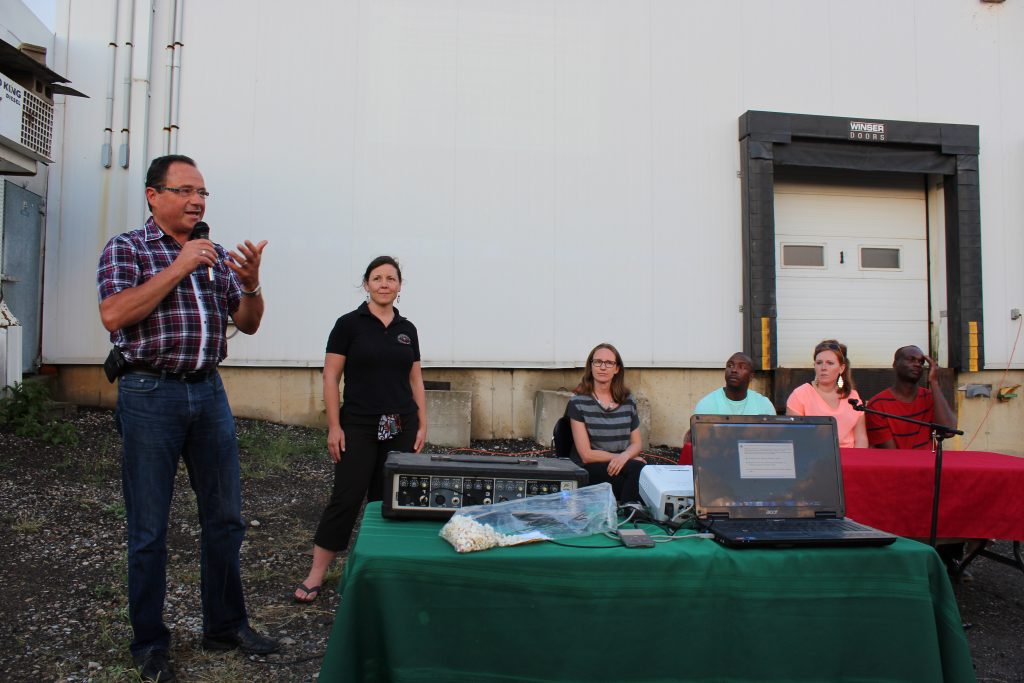 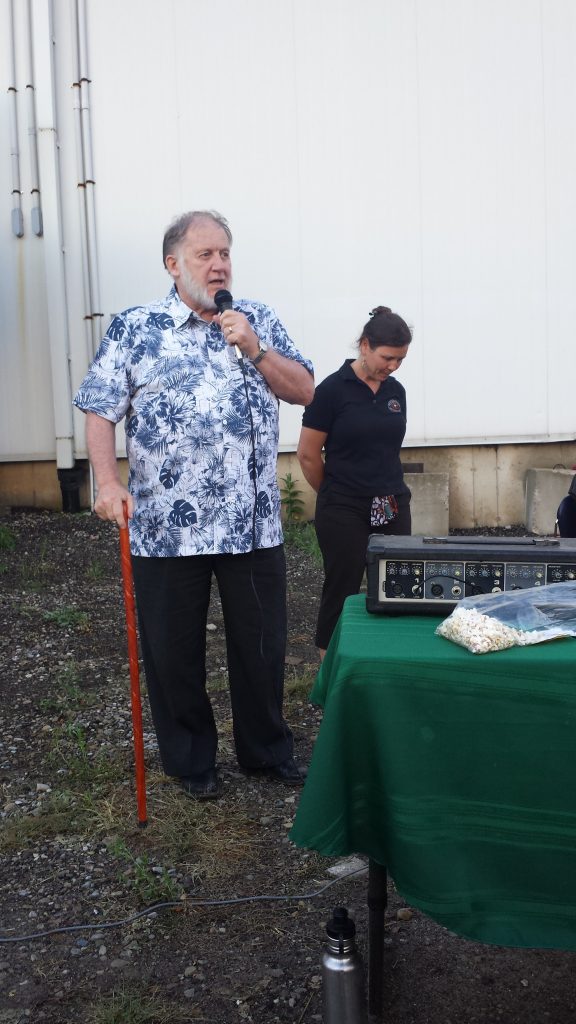 Welcoming comments by Les Armstrong, Mayor of Wilmot Township (the centre of the universe!) 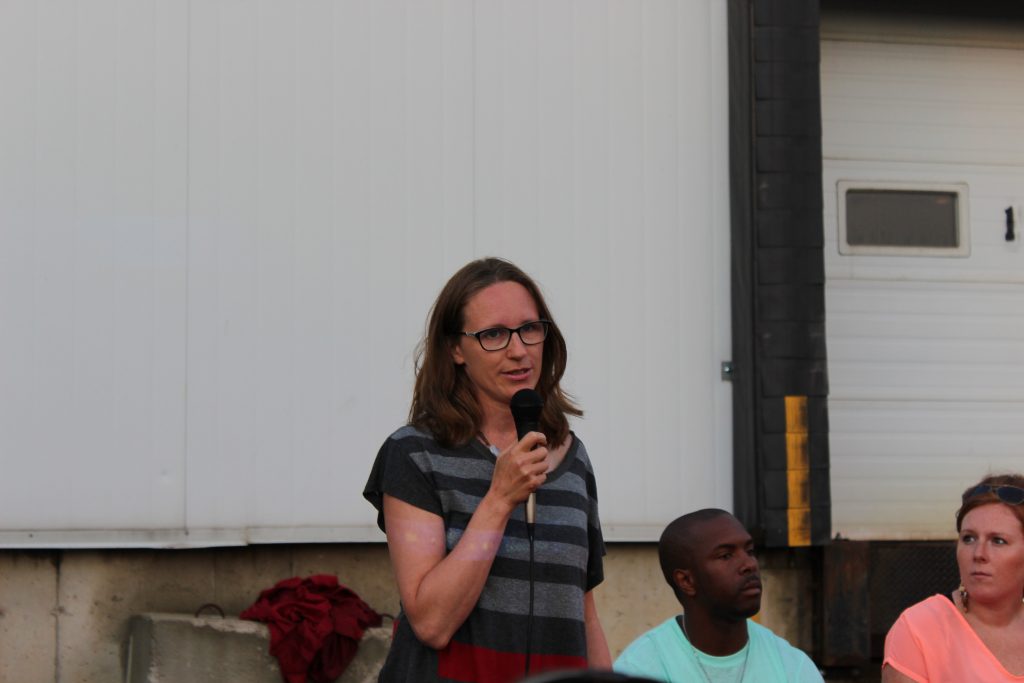 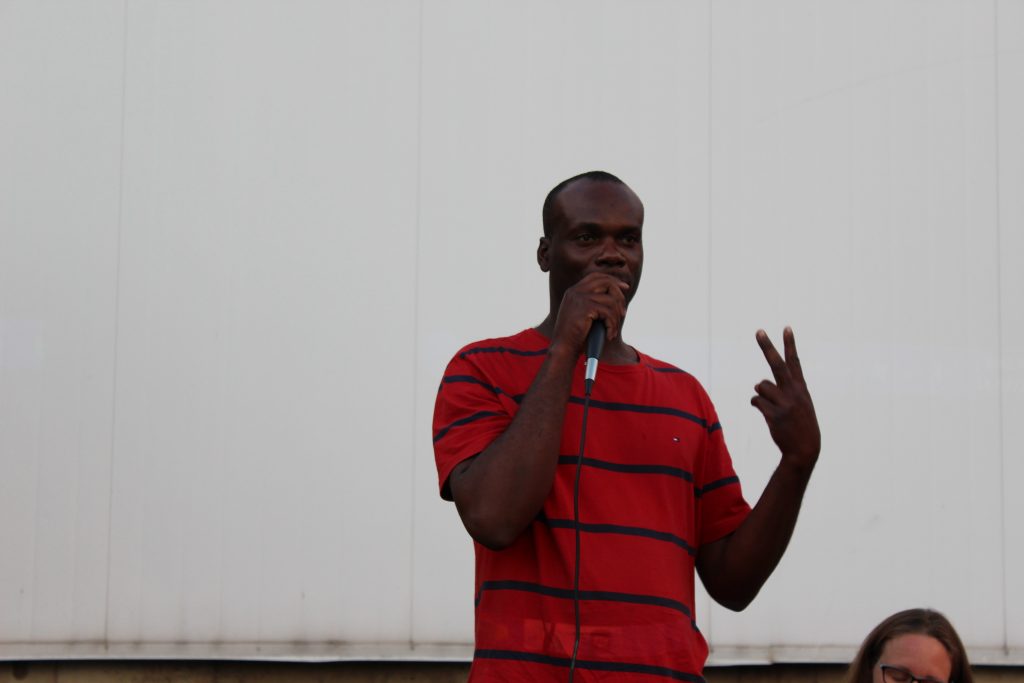 Lincoln Thompson, a Migrant worker here at Pfenning’s for 10+ years! 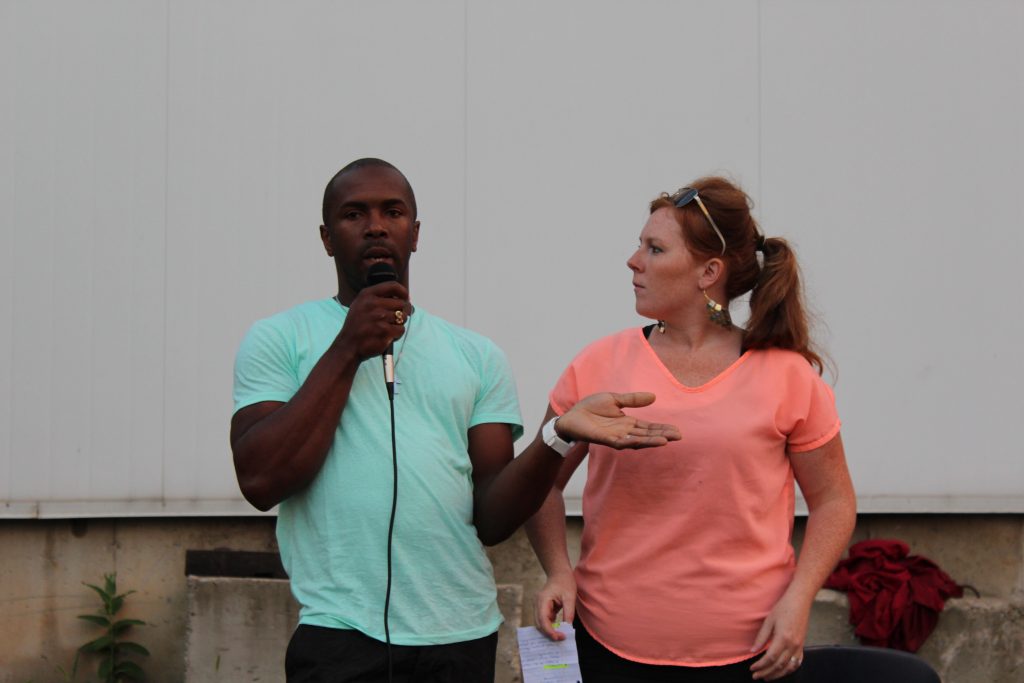 Jermaine and Sara Morrison speaking first-hand of their experiences.

The Issues and the Solutions:

When a worker gets sick or injured on the job, they are most often sent back to their home country.  Legally they have access to health care here, but in reality it is rarely accessed.  This is illustrated in the case of Sheldon McKenzie.

Workers need to know their rights, in their own language if necessary.

If a problem arises where a worker is mistreated by an employer, there are few practical resources for those workers.  Too often if workers speak up for themselves, the consequences are severe – their employment is terminated and they are no longer allowed to participate in the program.  This has led to an atmosphere of resentment and fear – few can risk speaking out.

A system must be put in place to ensure that employers are accountable to prevent wrongful termination.

Within the program, a worker is bound to a specific employer.  This means that if there are problems with an employer, a worker is not free to obtain a job somewhere else.  They either have to put up with the situation as it is, or go back to their home country.

Open work permits, so workers are not bound to just one employer.

Obtaining a visitor’s visa for family members is extremely difficult.

After many years of working in Canada, some workers are interested in becoming Canadian citizens.  Within the current framework, that is not an option for them and they would like it to be.  As many of them spend up to eight months of the year working in Canada and contributing to the local economies and the food that we all eat, this would seem to be a natural fit.

Under the current legislation, CPP and EI insurance benefits must be deducted from each pay cheque, but as seasonal agricultural workers they have no access to these benefits.

Allow workers access to these programs.  Or, do not deduct these from cheques.

Workers feel uncertainty from one year to the next as to whether or not they will have employment in the following year.  This makes it very difficult to make long-term plans

Where possible, have employers commit to having workers back again the following year. 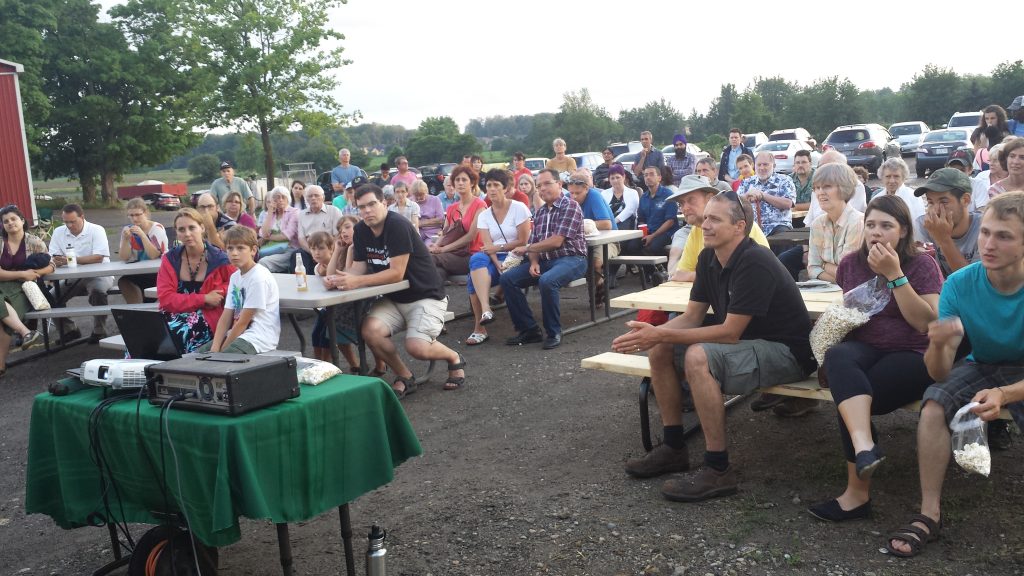 Listening to the guest speakers.

Right after the speakers had finished, we got hit with yet another torrential rainfall that had us wondering if we were going to be able to show the film outdoors as planned!   Fortunately, we were able to watch it outside after all.  Popcorn and kombucha in hand, we settled in for an hour watching the film El Contrato. 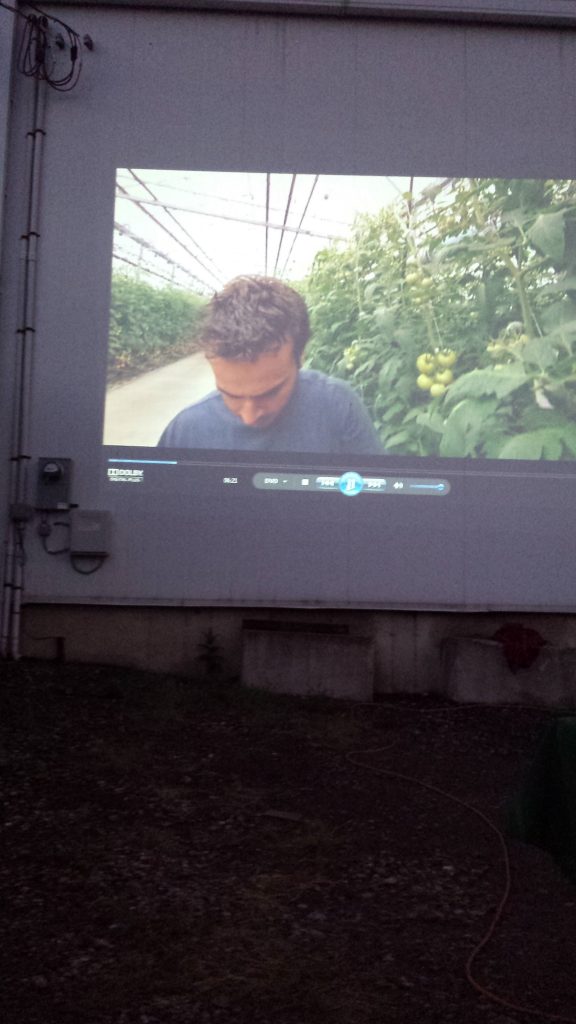 Watching the film El Contrato on the side of the building!

The KW Record did a follow-up interview with us, and the article appeared online July 21st, 2016.

A huge thank you to everyone who came, and stayed until the end despite the rain.  We had a great turnout, with lots of great questions and discussions.  Support from the community means everything. 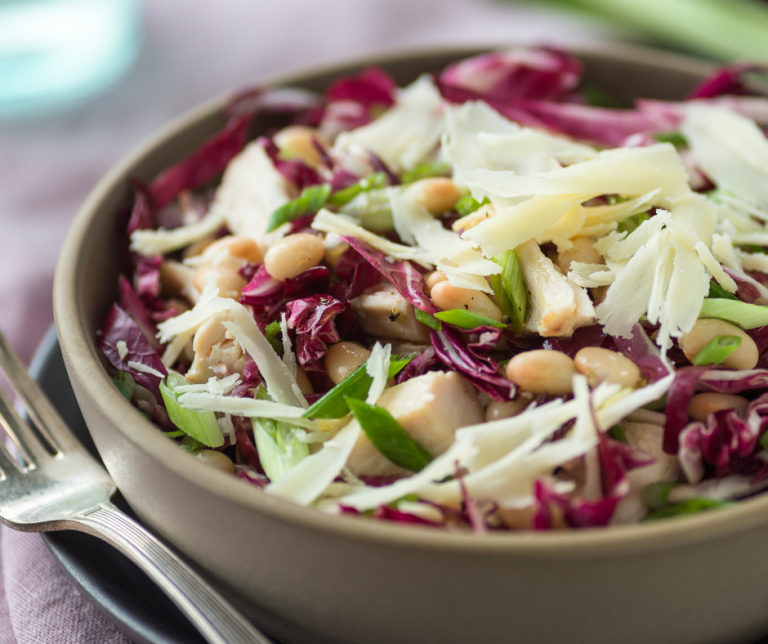